Taking center stage here is the show-off in the Hound group, the Afghan Hound with Roberta Hall.

As well as being an extrovert the breed is instantly recognisable with their beautiful think silky long coats. The breeds origins lay in the cold mountains of Afghanistan pre-dating most modern breeds, but today's purebred Afghans likely descend from dogs brough to Britain in the 1920s by King Amanullah of the Afghan Royal family. However the early breed type was established and breed standard written in 1912 when a dog named Zardin arrived in the UK.

The breed have been described as aloof and dignified, as their appearance would suggest. An elegant breed but if he chooses can really move!

First shown on Around the Dog World in 2016.
Veja o vídeo 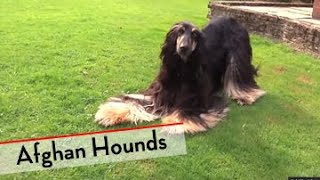 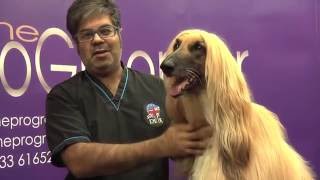 How to groom an Afghan Hound - Grooming Guide - Pro Groomer 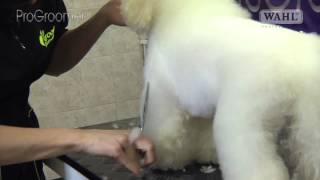