🐕✨Afghan Hound✨🐕
When you hear Afghan Hound, the images that spring up most are the graceful walking scenes of beautiful long hair flowing gracefully.
The Afghan Hound is a breed that is described as having a strong sense of independence.
The reason is summarized in the ability as a hunting dog. Rather than collaborating with the owner to chase the prey when chasing the prey, because it has a history of running at a speed that people can not catch up and chasing the prey, always judging the situation by himself and proceeding with hunting is.
It may be more accurate to say that the independence that a person thinks, judges, and acts is high, rather than self-centered independence.
Afghan Hound is a breed of dog born in Afghanistan located in South Asia or Central Asia. The country is predominantly mountainous and most of the country has an arid climate. It is a hot area in summer and extremely cold in winter, and the temperature difference between morning and evening is around 50 ° C, which makes it a dog breed that has lived in that environment for a long time.

It is said to be the oldest dog of the breed that has been confirmed at present, and it is also told that the dog was put on a Noah's ark with other animals in the Genesis of the Bible.

As a historical record, the existence of dogs that seem to be Afghan Hounds has been confirmed in ancient ruins such as pyramids and debris, which are the tombs of royalty and aristocrats in ancient Egypt.

In a mountainous area with few people and animals coming in and out, there was no breeding with other breeds, and the pure breed was kept for a long time.
After the Anglo-Afghan War of the 18th century, it was brought into England, and mating as a sighthound breed, which relies on sight, began, and mating with other breeds began.

By repeating this improvement, it became the current style with a more elegant and beautiful coat, and it came to participate in dog shows around the world including England, and it became a dog breed that the wealthy people in the world want.

And the original dog still lives as a hunting dog in the mountainous areas of Afghanistan. 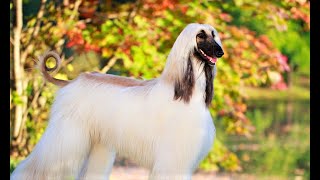 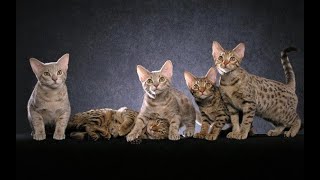 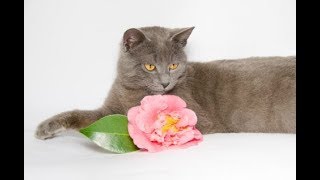